As quoted by the Economist “Digitization in manufacturing will have a disruptive effect every bit as big as in other industries that have gone digital, such as office equipment, telecoms, photography, music, publishing and films… the consequences of all these changes amount to a third industrial revolution”. This talk will give a broad-spectrum overview of the potential impact of additive manufacturing, not only on the semiconductor industry, but across automotive, industrial, medical and consumer markets as well as an overview of some of the technical challenges that are being overcome at Texas Instruments to implement additive manufacturing within the semiconductor industry. 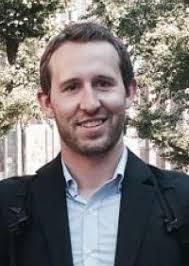 Dr. Benjamin Cook is the Founder and Acting Director of Printed Electronics at Texas Instruments.  He also leads Electromagnetics R&D at TI’s Kilby Research Labs.  He has spent the majority of his career developing a large portion of the fundamental IP for applying production level additive manufacturing at the silicon/IC level, which is considered the missing piece in the realization of fully additively manufactured electronic systems.  Benjamin holds over 85 peer reviewed journal and conference publications, 3 book chapters, and 104 patents and patents pending in the field of additive manufacturing.  He sits on several academic and industrial advisory boards including the Rose-Hulman Institute of Technology Academic Advisory Board, the SRC Technical Advisory Board, and the IMS Technical Program Review Committee.Benjamin received his B.Sc. degree in electrical engineering from the Rose-Hulman Institute of Technology, his M.A.Sc. degree in electrical engineering from the King Abdullah University of Science and Technology, and his Ph.D. degree in electrical engineering from the Georgia Institute of Technology.  He was elected a member of the technical staff at Texas Instruments, and was the recipient of the Rose-Hulman Alumni of the Year Award in 2016.  He has also been the recipient of the 2015 IET Premium Paper Award, the 2013 UbiComp Best Paper Award, the Intel Doctoral Fellowship, the IEEE APS Doctoral Fellowship, and the KAUST Provost Awards.