IEEE RFID 2018 has curated stimulating talks on current trends in RFID and IoT. Join the discussion after the opening plenary! In this rousing segment, we explore the future directions that RFID technology will take. 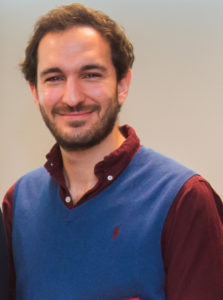 In this talk, Dr, Adib will discuss two new technologies that bring extreme positioning to billions of deployed RFIDs. The first is two-frequency excitation, a new physical layer technology that can achieve extreme positioning accuracy (of sub-centimeter precision) on battery-free RFIDs. The second is a full-duplex relay design that can scale the coverage battery-free networks by 10x-100x through a drone-based architecture. Finally, it will describe how these technologies can enable new applications in virtual reality, robotic manipulation, and smart manufacturing.
Dr. Fadel Adib is an Assistant Professor at MIT and the founding director of the Signal Kinetics research group at the MIT Media Lab. His group explores and develops new technologies and algorithms for wireless sensing and communication, with a focus on autonomous systems and digital health. Before joining MIT as a faculty, Fadel received his Master’s and PhD from MIT, and his bachelor’s degree from the American University of Beirut.
Fadel’s research has been identified as one of the 50 ways MIT has transformed Computer Science over the past 50 years. His work has been featured in major media outlets including BBC, CNN, Le Figaro, Der Spiegel, CCTV, and The Guardian. He was named to the Forbes’ list of 30 under 30 and MIT Technology Review’s list of the world’s top 35 innovators under 35. His theses won the Sprowls Award for best PhD dissertation in Computer Science at MIT and the William A Martin Memorial award for best Master’s thesis in Computer Science at MIT. He is also the recipient of the Google Faculty Research Award, the Sony Career Development Chair, the AUB Distinguished Young Alumnus Award, the CHI 2015 Honorable Mention Award, and the MobiCom 2014 Best Demo Award.
Fadel was invited to demo his research in numerous venues including the White House and the UK House of Lords. Currently, his research is being commercialized by a startup called Emerald, and it is being used in clinical studies at major US hospitals, including Massachusetts General Hospital and Boston Medical Center. 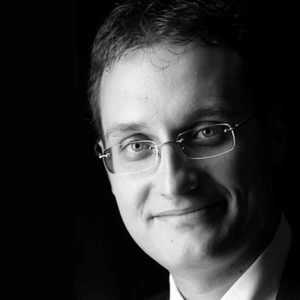 Recent advances on backscatter radio sensor networks have demonstrated feasibility of ultra-low power (in the order of 20 microWatts) and cost (in the order of some Euros), joint sensing and wireless networking, through single-transistor radio frequency (RF) front-ends and reflection radio/RFID principles. Furthermore, energy harvesting circuits have been demonstrated from ambient RF or bioelectric sources (plants) with record-breaking sensitivity, able to harvest ambient power, as small as 1 microWatt. Furthermore, powerful message passing algorithms (e.g., sum-product, max-product) have offered concrete examples on how decision making and inference can be facilitated through communication, at carefully crafted probabilistic graphs.

This talk is inspired by the fact that ambient energy, e.g., solar, kinetic, thermal, bioelectric or RF, has a common characteristic: fixed (on average) density per squared (or cubic) centimeter and thus, wireless sensor networks (WSN) over an extended area (or volume) could in principle harvest a large amount of energy. Thus, autonomous, in-network decisions should be possible, solely using ambient power, by 1) exploiting ultra-low power wireless communication principles (e.g., backscatter radio) and novel energy harvesting circuits, and by 2) balancing the WSN computation and communication load of (inherently parallel and distributed) asynchronous message passing algorithms (for inference), across various (distributed in space) WSN nodes.

A methodology framework is presented for reliable inference from unreliable, ambiently -powered WSNs, attempting a concrete step from coming Internet-of-Things to future Internet-of-Things-that-Think with ambient energy.

Prof. Aggelos Bletsas received with excellence his Diploma from the ECE Dept. of Aristotle Univ. of Thessaloniki (AUTH) in 1998 and S.M. and Ph.D. degrees from Massachusetts Institute of Technology (MIT) in 2001 and 2005, respectively. His research interests span the broad area of scalable wireless networking, sensing and bioelectric/RF/ambient energy harvesting. He has offered concrete signal processing techniques and bistatic/multistatic architectures that extended range and coverage of backscatter radio, by at least one order of magnitude, enabling large-scale environmental, ultra-low power and cost sensor networks. He worked at Mitsubishi Electric Research Laboratories (MERL), Cambridge MA, as consultant and Postdoctoral Fellow and at Radiocommunications Laboratory (RCL), Dept. of Physics, Aristotle Univ. of Thessaloniki, as Visiting Scientist. He currently serves as Assoc. Professor in School of Electrical and Computer Engineering (ECE), Technical Univ. of Crete, at his hometown, the city of Chania. He is Associate Editor of IEEE Transactions on Wireless Communications and Technical Program Committee (TPC) member of flagship IEEE conferences. He holds two patents from USPTO, has received more than 6000 citations according to Google Scholar and has been included in the Highly-Cited Greek Scientists list. One of his Ph.D. thesis papers was recently ranked 1st in the Google Scholar Classic Papers in Computer Networks and Wireless Communication list. Dr. Bletsas was the co-recipient of IEEE Communications Society 2008 Marconi Prize Paper Award in Wireless Communications, best-paper distinction in IEEE ISWCS 2009, Siena, Italy, second Best Student Paper Award in IEEE Conf. RFID-TA 2011, Sitges, Spain, best-paper distinction in IEEE Sensors Conf. 2013, Baltimore, USA, Best Student Paper Award in IEEE Int. Conf. on Acoustics, Speech and Signal Proc. (ICASSP), April 2015, Brisbane, Australia and Best Student Paper Award in IEEE Conf. RFID-TA 2017, Sept. 2017, Warsaw, Poland. 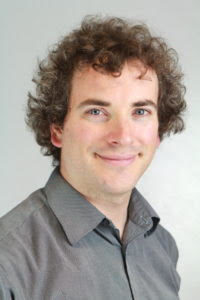 A brief discussion the background of RF energy-harvesting will first introduce this talk. The low power rectification mechanism will be then briefly reviewed as a way to analyze what the latest research to improve the efficiency of RF-to-DC conversion. Namely: new type of nonlinear devices, high gain rectenna with optimal solid angle coverage, temporal energy multiplexing, matching circuit, hybrid power scheme. Finally those technology will be discussed in term of harvesting scenario.

Dr. Simon Hemour is an Associate Professor at Bordeaux University, France. He holds a PhD degree in electrical engineering from Grenoble Institute of Technology. From 2011 to 2015, he was with Ecole Polytechnique de Montreal, Canada, where he lead a research team on Wireless Energy Transmission and Harvesting. Prior joining Polytechnic Montreal, he has been with the European Organization for Nuclear Research (CERN), Geneva, Switzerland, with the National Academy of Science of Ukraine (NASU), Lviv, Ukraine and with the national center for Micro and Nanotechnology (MINATEC) in Grenoble in France. He is the TPC chair of the wireless Power Transmission Conference WPTC2018. He is a member of the IEEE MTT technical committee  TC-26 on “Wireless Energy Transfer and Conversion” and TC-10 on “Biological Effect and Medical Applications of RF and Microwave”. He serves as a guest editor for the IEEE Journal of Electromagnetics, RF and Microwaves in Medicine and Biology on the WPT and RF energy harvesting special issue. 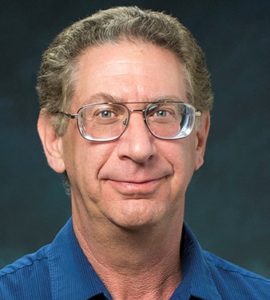 Radio frequency (RF) applications used in automobiles has increased over the past few decades to now include AM/FM radio, GNSS, 4G/LTE, satellite radio, remote keyless entry, dedicated short-range communications (DSRC) radio, WiFi, tire pressure monitors, and automotive radars.  Although a few RF systems can share an antenna, in general a separate antenna is needed for each RF system.  Some RF services will need more than one antenna, such as 4G with at least two MIMO antennas, DSRC may need two antennas to provide omni-directional coverage around the vehicle, and automotive radar of which multiple are required to cover all sides of a vehicle.  The dilemma presented to automotive designers is where to put all of these antennas while maintaining automotive styling.

Window glass is a good RF substrate and cars have a lot of windows.  AM and FM antennas on glass have been available for over 20 years, appearing as thin (1 mm) printed wires on the rear or side windows of many vehicles.  However, these printed wire antennas may be too lossy for the higher frequencies of operation for 4G/LTE (700-3800 MHz), GNSS (1150 MHz – 1610 MHz over multiple bands), WiFi and DSRC (2400 MHz – 6000 MHz over multiple bands), not to mention automotive radar at 77 GHz.  Thus there has been focused interest to develop transparent antennas with good RF performance while maintain an acceptable transparency.

This presentation will provide an overview of some recent research with the objective of developing automotive transparent applique antennas that can be adhered to the inside glass surfaces of a vehicle.  The antennas must be conformable to the auto glass surface, which may not be flat, so only thin-film antennas have been considered.  Since the antennas would be applied to inside glass surfaces of the vehicle, the substrate must be robust to withstand cleaning agents and detrimental mechanical actions.  Corning® Willow® Glass provides an ideal thin robust glass substrate for an applique antenna and it is amenable to roll-to-roll processing for mass production of the antennas.  The center point of this talk will be around the performance of an applique transparent 4G/LTE antenna that was designed by HRL Laboratories and fabricated at the Binghamton University Center for Advanced Microelectronics Manufacturing using newly developed large-scale fabrication techniques for transparent conductors on flexible Willow Glass.

Dr. James H. Schaffner received his PhD in electrical engineering from the University of California, Los Angeles in 1988. His research was on the microwave and millimeter wave characterization of high electron mobility transistors. As part of his dissertation he developed a W-band six-port network analyzer. Upon graduation, he started at HRL Laboratories (Hughes Research Laboratories) where he is still currently employed. His career began with the developed millimeter wave and high linearity lithium niobate modulators for fiber optic antenna remoting. Since then his research has covered a wide variety of topics including optical subcarrier multiplexing, spread spectrum millimeter wave communications, broadband wireless digital TV links at 60 GHz, RF MEMS switched reconfigurable antennas and circuits, passive millimeter wave imaging arrays, tunable artificial impedance surfaces and holographic antennas, and vehicle conformal and hidden antennas. His current research interests include transparent antennas, antennas for 4G and 5G LTE, millimeter wave lasercom, and optical air data systems. Dr. Schaffner has authored and co-authored more than 90 technical papers and is a co-inventor on 76 patents. He is a senior member of the IEEE.